He has served as the Honorary President of the All Ceylon Buddhist Congress (ACBC), the premier Buddhist organization in Sri Lanka, from 2006 to 2014 and also was elected as the Honorary President once again in 2018. He is a Vice - President of the World Fellowship of Buddhists (WFB) and Member of the Governing Council / Director of the Nagananda International Institute for Buddhist Studies (NIIBS). He is a past President and vice patron of the Billiards & Snooker Association of Sri Lanka.

Mr. Chadu Sumathipala holds a Bachelor’s Degree in Management from Curtin University Perth, Australia and he joined Sumathi Holdings which is the Holding Company of Lokx Security Services in March 2017. He is the oldest son of Mr. Jagath Sumathipala and looks after all IT related subsidiaries.

Mr. Chathula Sumathipala holds a Bachelor’s Degree in Accounting & Marketing from Monash University Melbourne, Australia and he joined Sumathi Holdings in July 2018. He is the youngest son of Mr. Jagath Sumathipala and he directly oversees Lokx Security Services.

Squadron Leader. Nalin De Silva is a retired commissioned officer from the Sri Lanka Air Force with over 16 years of services in the fields of Security, training, administration & defense mechanisms. 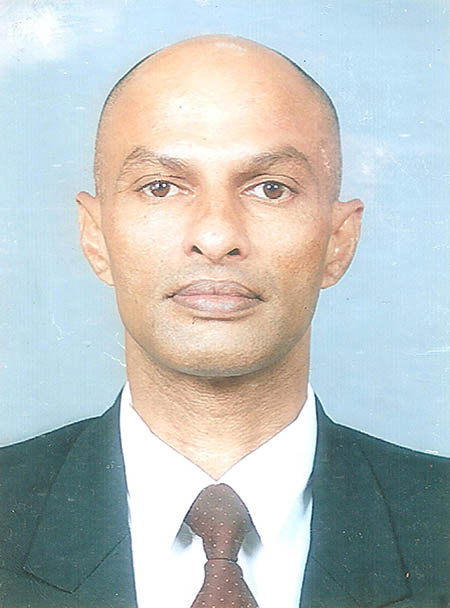 Squadron Leader Nalin De Silva is a retired commissioned officer from the Sri Lanka Air Force with over 16 years of services in the fields of Security, training, administration & defense mechanisms.

He has been awarded the best officer cadet and was commissioned after a comprehensive overseas training with Pakistan Army. He has completed his senior staff course in Bangladesh Air Force. Training with United States Asia Pacific Command 13th Air Force in the fields of Security, intelligence & Physiological Operations backs his experiences in the security field. He was decorated with numbers of medals during his tenure with the Air Force.

He has also has completed his diploma in the fields of Human Resources Management at London Business School and also holds a diploma in Quality Management with SLSI.

His experience in the industrial & commercial security counts for over 15 years.